After the start of production of the Faustpatrone, which was also known as the Panzerfaust 30 Klein, an improved version was designed. The newly designed version was the Panzerfaust 30. It had a bigger warhead than the Faustpatrone, which would be used by its successors, the Panzerfaust 60 and 100. It used the same tube with the same flat sight and the maximum range was still not more than 30 metres. It appeared in August 1943 and it was able to pentrate 200mm armor. More then 50 thousand were produced! The sight had holes for 20, 30, and 40 m. 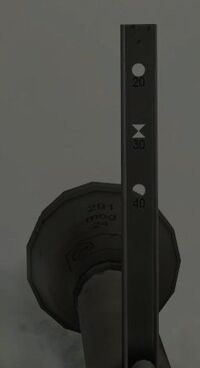 Retrieved from "https://fhsw.fandom.com/wiki/Panzerfaust_30?oldid=24773"
Community content is available under CC-BY-SA unless otherwise noted.